I recently received my Scribit, a wall drawing robot, that I backed using Kickstarter. You can read more about the device at the Kickstarter website or directly on the site of the manufacturer. 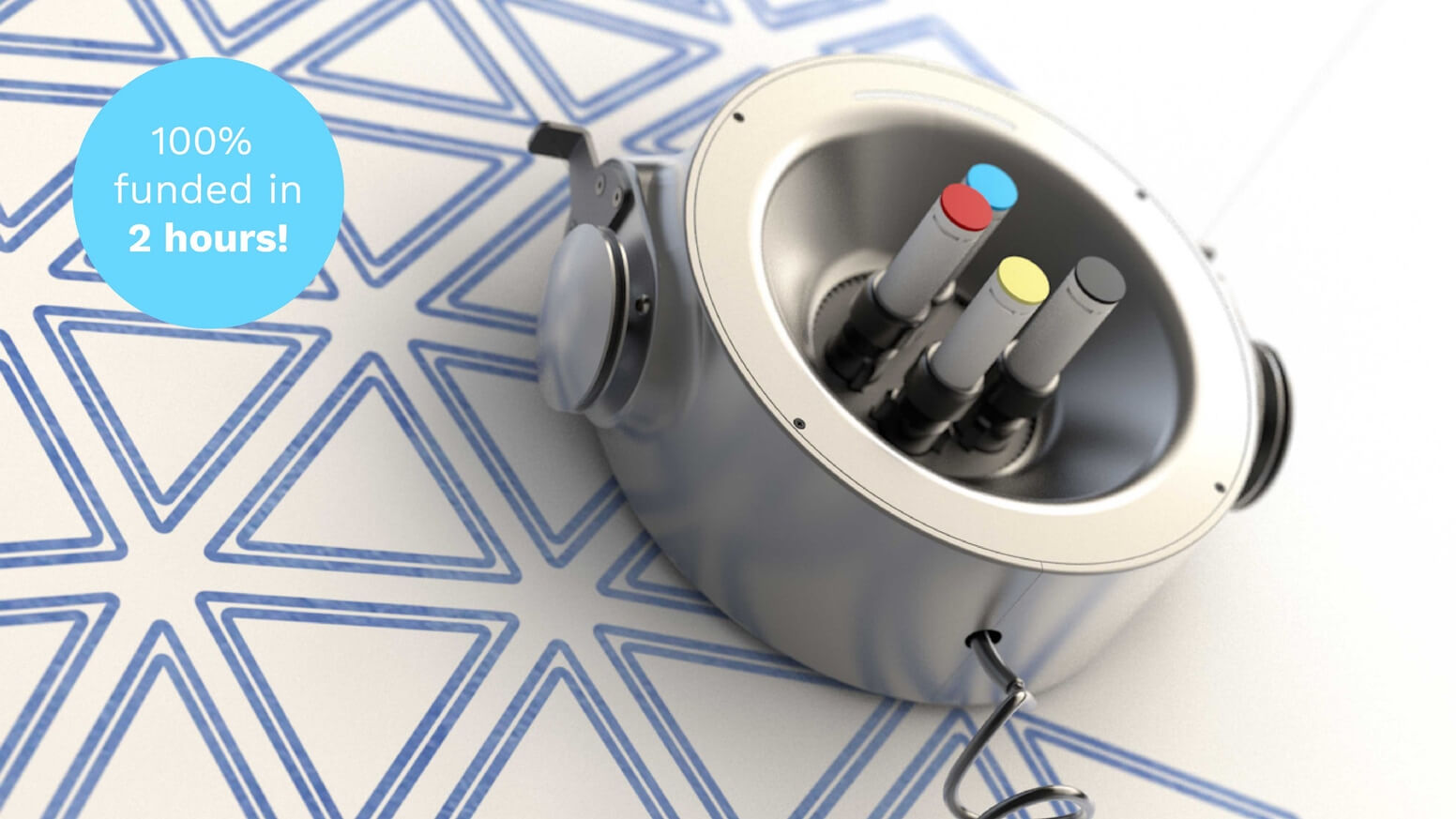 I was backer number 27, and being an early backer the price was pretty reasonable. After that, it went up substantially. By being one of the first, I also was in the first 100 batch. Although they indicated to deliver in January, which is already pretty optimistic, they did ship the device at the end of March. Not bad for a new product.

The packaging was excellent. Next to the device itself, it also included additional markers and had a nice personal touch. Although you can use any marker, they have their own type which can be erased by heating the ink. That function is not yet active, so, for now, you can use a wet sponge, which works nicely as well.

Installation looks simple; add two nails and attach the robot. But it takes a little more effort. The application helps you to set up the device, follow the videos and use the supplied materials.

The first drawing was not that successful; one of the markers was not fitted nicely, so lines were partially drawn. You need to firmly insert them, so subsequential tries did deliver nice pictures.

I am looking forward to firmware and software updates, as it has potential!

Below some examples of Scribit drawing on drywall.