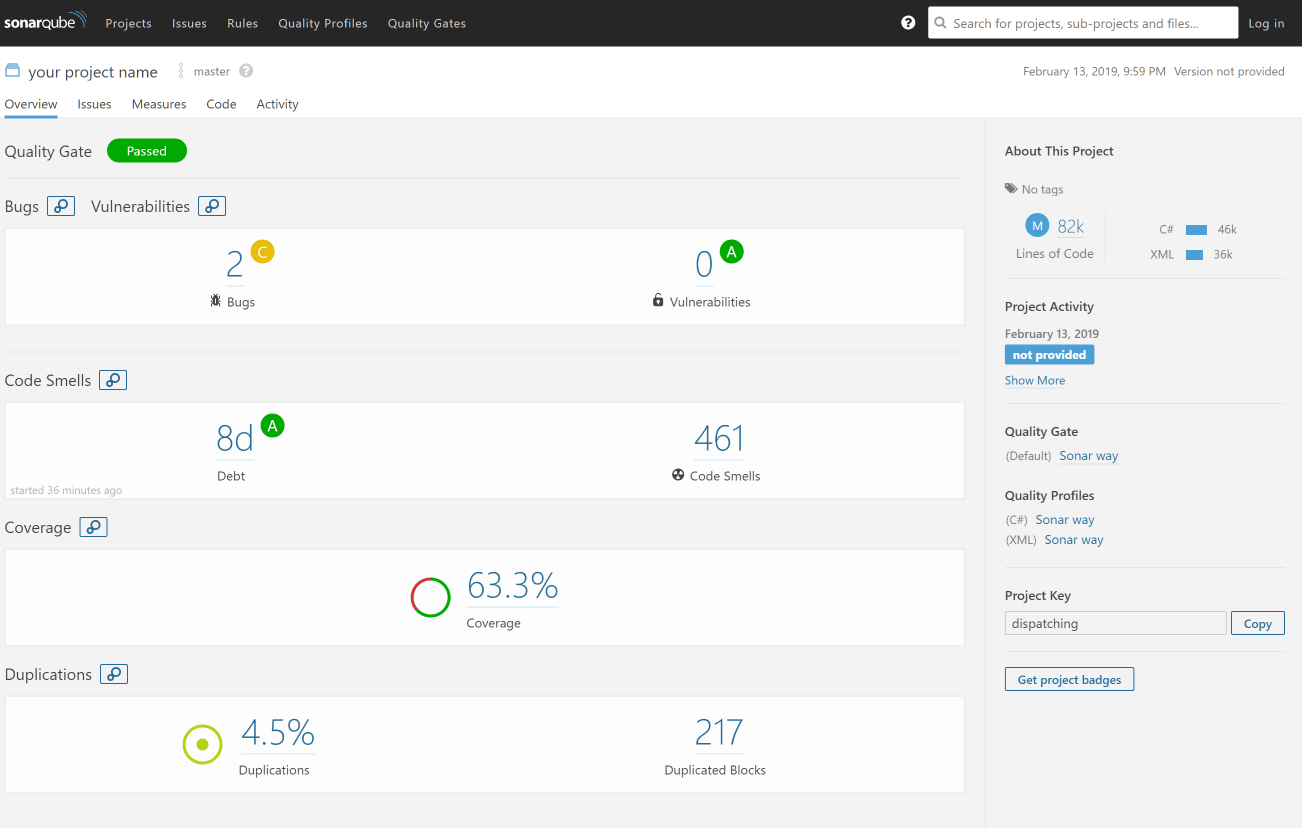 SonarQube is an excellent static code analyzer tool as it has many different analyzers and provides useful suggestions for any potential bugs and issues. As such, it is very beneficial to have an instance of SonarQube running somewhere and process your code when you do a commit to a branch. My colleague Rob Bos has some pointers on how to set this up on his blog.

But what if you just want to run a quick SonarQube analysis over a project to get its current state? Installing SonarQube can be cumbersome in that case. So I created a small Powershell script that runs a local SonarQube docker container and performs the analysis over it. As Java is a requirement for the SonarQube tools used for scanning, you do need to have those installed once for this to work. With some tinkering, you might even be able to include them inside the script also, but as I already have Java installed and configured, this was not an issue for me.

First, we check that we indeed have the JAVA_HOME variable defined. If not, we stop already.

Next step is the actual SonarQube container. The docker run command will fetch the image and starts it with two configured ports.

Then we need the actual scanner. Using dotnet tool we install it globally if it not yet installed.

Now we are ready; start by running the tests in order to have code coverage included in SonarQube. In this case, we have coverlet configured to output code coverage files in the opencover format. The scanner will start, and we specify a unique project name, the host with port (which is the just started docker container) and the already generated code coverage files.

Actual building and stopping the scanner will do the rest. The scanner will collect all the needed details and submit those to the docker container running SonarQube.

The last step is to open your default browser to look at the results. It might still be busy processing the results, so you need to refresh in that case.

Keep in mind that data will not be saved between restarts of the container. It is really for brief analysis of a project. However, it is an effortless way to add a small piece of Powershell and start analyzing any project.

Using API Management in front of your application has many benefits; one is using rate limiting. Rate limiting is a way to limit the number of requests that ...

Generate documentation using Doctave and host it on GitHub Pages

Documentation as code is something I blogged about before. In that specific case, it was about converting Mermaid diagrams to images so you could browse the ...

When you work with GitHub, you most likely use GitHub Actions as well. A great way to execute all kinds of tasks, like interacting with Git, performing a bui...

Use Mermaid diagrams with images inside your documentation using GitHub

Writing documentation is a burden in a lot of software projects. Besides the fact that it is often done afterward and gets outdated soon, it is not directly ...